The nwg-shell project aims to create a consistent, GTK3-based user interface for the sway Wayland Compositor. In order to give the user the greatest possible choice, some interface elements provide several alternative solutions. Just installed shell contains a bunch of presets, which can then be freely modified.

The project is intended for users of all skill levels. Beginners will find four ready-made and immediately working desktop styles to choose from. Advanced users will get a set of tools to build their own GTK-based user interface.

We discourage from editing .dotfiles manually. There’s a GUI for that. The configuration files are in json format, which does not forgive mistakes.

The user interface mostly consists of dedicated software, but also uses a couple of great third party products, that perfectly complement our vision. Many thanks to their authors for favorable attitude towards feature requests.

The default (preinstalled) terminal emulator is foot by Daniel Eklöf. This does not mean that we consider other terminals worse, but that we had to choose one. The remaining elements of the desktop environment, such as the text editor, file manager, web browser, and so on, are left to the user’s choice. The author’s subjective recommendation might be mousepad, Thunar, and Chromium / Chrome, but it doesn’t really make much difference.

On the backend side there’s a lot of third party Free Open Source Software. We will try to list all the applications and libraries in Credits.

If you want to share an idea, find a solution to a problem or discuss the project in general, please join Discussion.

The default way is to set up nwg-shell on a fresh Arch Linux install, done with the archinstall script. A step-by-step guide you’ll find in Wiki. 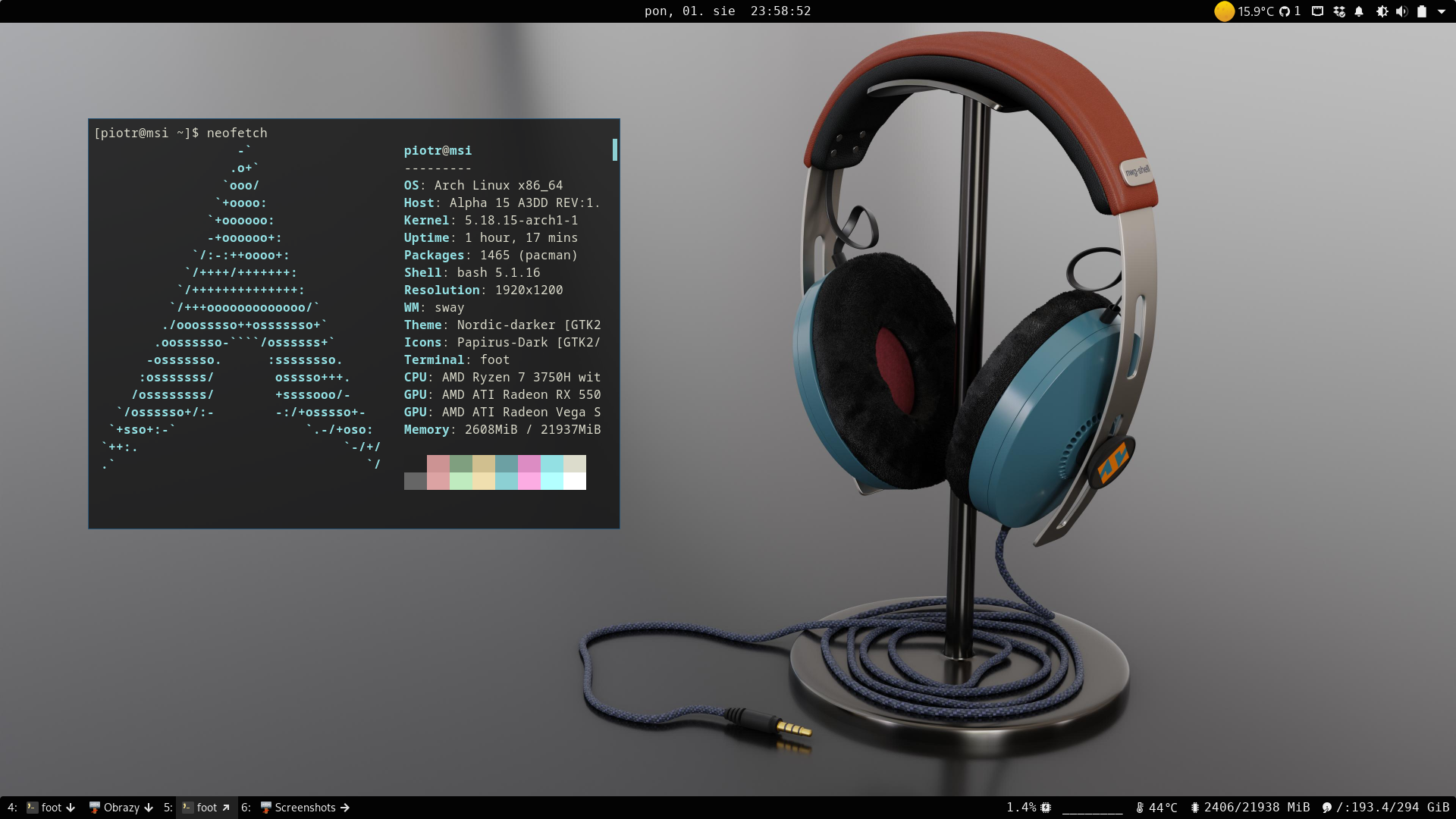 This works on various Arch derivatives, too, but expect unexpected. ;) Some packages may be out of date, some other may be missing, and you’ll need to install them manually:

Arch derivatives we installed nwg-shell on

Currently, there is no out-of-the-box installer for other Linux distributions. You may try and install all the components manually.

If you like the idea, feel free to submit your improvements, new modules or plugins. You can also propose your own program as a part of the shell, if you think it fits.

Open an issue in appropriate GitHub repository, to report a bug or request a feature.

As of the nwg-shell-config 0.4.0 version, work on the localization of the user interface has begun. Eventually it’s going to affect all the nwg-shell components. If you’d like to contribute to what we already have, copy the en_US.json file, rename for the name to reflect your locale (like: de_DE.json for German_GERMANY) and translate values in "key": "value" pairs.

Then you may either open a Pull Request to the nwg-shell-config repo (see this guide if you’ve never ever done it), or just share the translated file in another way. Gist is a good idea, but any other solution will do.

This collection of software depends on numerous third-party programs and libraries, that have not been mentioned above:

GTK and related libraries are a free and open-source cross-platform widget toolkit for creating graphical user interfaces, developed by The GNOME Project.

The author of the project logo is edskeye.

The artwork used on this site is licensed under the terms of the Creative Commons Zero v1.0 Universal license, and has been contributed by:

This project is supported by